A story with full flavour

A family-owned company of Mediterranean origins, Lahmajou’s rise from honest, humble beginnings to become New Zealand’s largest specialised flat bread manufacturer and a major supplier to the New Zealand grocery industry is a delicious tale of Kiwi ingenuity and authenticity.

The direction the company took that led to the success of today was actually the result of a happy accident. The baker’s shop that immigrant Giannis Michaelides and his wife Despo opened in Christchurch in 1991 specialised in Lahmajou, the Middle Eastern pizza after which the company was named. When one day a series of events led to a tray of goodness entering the ovens without its topping, a Mediterranean pita bread of only the best, tastiest, as well as humblest and most honest ingredients was born.

Here indeed was the recipe for more mass market appeal.

But that’s not the end of the story because of course the road to success is never paved with gold, and like any striving business Lahmajou has had to overcome its fair share of challenges — the entire future of the company once hung in the balance and depended upon Giannis finding the finances to pay for the automation they desperately needed. But he could offer no security on a loan. So, bracing himself, off to the bank he went with little with which to bargain other than his experience, values, and personal assurances. Giannis won the bank’s confidence and secured the funds; with his own particular brand of Mediterranean charm he just flatly told them he’d have to be dead to let them down.

This kind of honest-to-goodness philosophy, Kiwi No. 8 wire mentality, and refusal to compromise the integrity of the products has been fundamental to the expanding Lahmajou empire in which professionally-qualified sons Andreas, Kyriakos and Stelios each also play a vital part. They too laterally and literally roll up their sleeves and get on with it, the Lahmajou way.

Hard work pays off. Lahmajou now boasts a new purposebuilt facility and state-of-the-art equipment and technology, and is expanding into new product ranges and exploring new opportunities and new markets. Some things change. But the guaranteed quality of Lahmajou products will always stay the same. 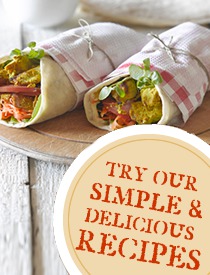 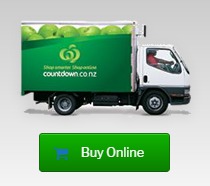